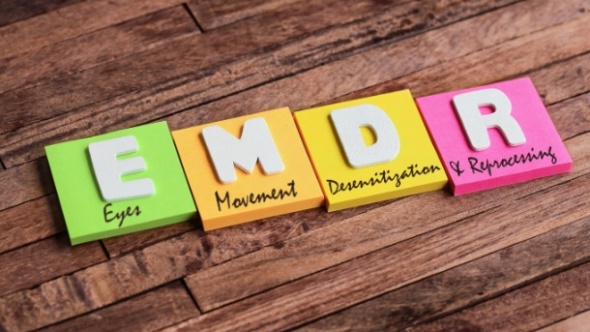 A guest post by Dr. Andrew Dobo of EMDR Educators of FL.

What exactly is EMDR and what does it do? Before I begin, let me share a little about my story as a child born prematurely in 1955. It is a surreal thought, really, that I was expected to die on the day I was born, but I survived. My parents never talked about it much, except for the statement, “Andy was almost born on the Rochester Bridge” as my dad raced to the hospital. Everyone would laugh. That was about all I knew or cared to know, for that matter.

What does a premature birth have to do with EMDR, and what exactly is EMDR? Without getting too much in the weeds, let’s just say it is a rather miraculous discovery that processes distressing emotions and body sensations that seem to get triggered throughout the life span. EMDR stands for Eye Movement Desensitization and Reprocessing, hence the need for the acronym EMDR.

The event becomes just this thing that happened that you will take care of and go along with your life, but you will drive more carefully. When our brain works properly, this is the mechanism that allows us to have an experience and learn from it. It is a very good system for keeping us safe and helping us to learn and grow. It is the mechanism that causes us to change our behavior.

When a trauma is experienced, like a doctor telling you your baby has a 10 percent chance of survival tonight, well, that moment is burned into the parent’s psyche. It will be replayed over and over with body sensations and emotions coming alive every time that image is pondered. This is very different from the traffic stop. REM sleep is not powerful enough to process traumatic events. They get stuck. Emotions and body sensations are activated every time the thought of the event occurs and talking about the event is worse.

Sadly, even if this innocent premature child survives, that “your child might die tonight” image will remain and be troubling for the parent forever. These traumatic moments take on a life of their own and begin to create what we call in the mental health community “negative cognitions.” This simple phrase may sound rather harmless, but these words describe a way of thinking and behaving about everything in a person’s life. For example, if the child does not survive, the mother and perhaps the father may think, “I did something wrong” or “I’m to blame” or “I can’t trust” God or the universe or the doctors. These words are not limited to the event related to the newborn, but these negative cognitions infiltrate every aspect of the person’s life.

Now the mother hates going to the doctors for her own medical care because she doesn’t trust doctors. She starts to punish herself because she feels it is her fault. She may eat or drink in excess or not eat at all and develop an eating disorder. The husband may blame the wife, thus impairing the marriage. It is not unusual for parents who have lost a child to divorce. I could go on, but you get the idea. The loss of a newborn can also affect the next healthy child born who hears the story. The parents can become overprotective. The healthy child is fearful of getting sick because of how anxious the parents get. The healthy kid may have split in two, trying to be the deceased child and trying to be themselves and in the end just feeling lost.

These things do not always happen to everyone. These are things that may happen, and parents who have had such experiences should be vigilant. They should also know EMDR fixes all of these issues. Yes, all of them.

One of the beautiful things about EMDR is that it removes the distressing thoughts, feelings, images, memories, and body sensation. It also causes an adaptive shift in the person’s negative belief. For example, “I’m to blame” after EMDR treatment shifts to “I didn’t do anything wrong.” During the process of EMDR, there is little to no talking. The therapist sets up the process, begins stimulating the clients with the eye movement, and manages the session. (The therapist moves a hand back and forth, and the client tracks the hand to mimic REM sleep.)

As I said, REM sleep does not seem to be powerful enough to process traumas. The REM system breaks down. EMDR picks up where REM leaves off, and EMDR seems to be far more powerful than REM. EMDR is like REM on steroids. EMDR processes troubling material, and after the session, the event is no longer activated to the degree it was activated in the past and the parent can start to move beyond the event.

Unfortunately, you cannot think or talk yourself out of the troubling emotions, nor can you just tell yourself, “I didn’t do anything wrong.” It doesn’t work. Your head might know it’s true, but your heart doesn’t buy it. EMDR gets your heart in line with your head.

Oh, back to me and my premature birth. This may be bad news not just for parents of children born prematurely but for all of us. Every one of us is living our life through a negative belief system. Our brains are designed to collect this negative belief in childhood, and there is nothing we can do to stop it. It is happening outside of our awareness. You may be already telling yourself, “Not me. What do these stupid psychologists know anyway?”

Sue Johnson, the developer of the very effective couples therapy known as Emotion Focused Therapy, tells us that all couples who come for counseling have one person who feels like they don’t matter and another person who feels like they aren’t good enough. This happens at a rate of 85% of the time. The other 15% of the time, there are two I don’t matter people living together or two I’m not good enough people. My wife and I are both not good enough people, that is, until we did EMDR to shift the belief to “I am good enough.”

So, using Johnson’s premise that everyone is either an I don’t matter or I’m not good enough person, let’s look at the premature event and which of one of these two cognitions are present in this situation.

On the day I was born, my negative belief was born too. Before I could walk or talk. Before either of my parents held me, I was “not good enough.” My negative cognition and I were born on that same day. All of us get a negative cognition early in life. Our brain development is designed for this to happen. One of our life tasks is to work our way out of this negative perspective. Some people never do. Some people are not even aware that their life can be so much more than it is.

I always say that people who come in my office, people in great distress and turmoil, have received an invitation, a most beautiful invitation to change and find their authentic self. EMDR is the only way I have ever found that can facilitate such a dramatic transformation. EMDR has this power because it changes the brain’s circuitry in a permanent and adaptive way.

On the day I was born, a lot of negative beliefs were flying around me in that incubator. I was weak. I was different, not like all the other healthy kids crying in unison in the other room. I was alone. I was a disappointment. All the other parents were passing out cigars; mine were calling the priest for blessing before my death. But the lingering negative cognition that has been the driving force in my life that encompasses all those other negative beliefs is “I’m not good enough.”

I had great parents. I would never want to change my parents for anything in the world. I love them both dearly, but they did this thing where they would compare me to other kids. You know, “Why can’t you study like Johnnie?” “Why don’t you practice harder like Billy?” That’s it. That is all it takes to ignite a negative cognition to begin taking over one’s life. I identified with their statements. It was clear my parents thought these other kids were better than me. I was not good enough. This statement was not a stretch to accept; after all, on the day I was born, I was not good enough.

The good news is EMDR changed everything for me. If I was still being driven by the “I’m not good enough” cognition, I would not be someone who trains therapists from around the country. I would never think I could write a book that mattered to people. I would never think I had anything of value to share with you or anyone else. In the end, I am good enough, and the cognition that began on the day I was born is no more.

I know as parents you are thinking, “I’ll never say that to my kid. I’ll never compare them to anyone.” Listen, everyone gets a negative belief. Our brain development is designed so kids pick up a belief that they must figure out. A teacher can make your child feel not good enough. If they don’t make the basketball team, they are not good enough. If their girlfriend breaks up with them, they are not good enough. Just love your child and know they, just like you, will have to identify and correct the negative belief.

That premature birth was the type of traumatic event that is also one of those wonderful invitations to change and grow.