Stop I am in Pain 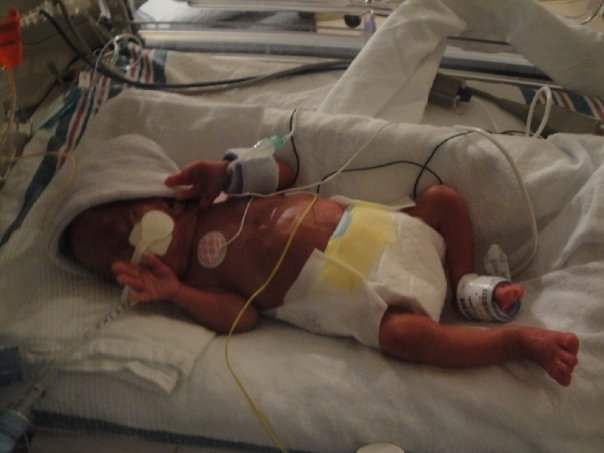 There are some studies conducted on premature babies that indicate certain body language that is indicative of pain. In the study that was done by Dr. Martin Schiavenato, they used newborn babies undergoing a circumcision to determine what their expressions were at the time of a circumcision and neonates getting a heel stick.  It was noted that there was not a difference in the way that the babies exhibited pain, they both showed it in their eyebrow movement and in their mouth.  The neonates had a wider open mouth during the heel stick. This was one study done to show how pain was exhibited during a routine procedure.  In this instance this is where the nurses can find ethical dilemmas because although the heel sticks are necessary for routine lab work, the neonates have such thin skin, that at this point the heel would be very raw and painful after multiple heel sticks throughout the day (Schiavenato, Butler-O’Hara, & Scovanner, 2011).  Another sign is the hands up.  It may look cute because we do not know what the sign means initially, but it does mean stop I am in pain.  So these preemies are very smart despite their premature birth in letting staff know that they are in pain.

The Gift of Life www.thegiftoflife27.org